The flu season is coming: How you can protect your family now

The flu season is coming: How you can protect your family now 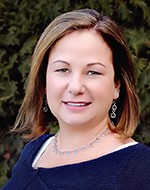 As the holidays approach, so does flu season! Maternal vaccination is the equivalent of two-for-one protection (National Foundation for Infectious Diseases). This is an opportunity to protect mother, family and her unborn child.

Every pregnant woman should receive the flu shot (CDC and American College of Obstetricians and Gynecologists) regardless of the trimester. The fact is that pregnant women, if they become ill, are more likely to get very ill. This can be dangerous for the unborn baby and newborn. The flu, or influenza, is an ongoing problem. Every year we are confronted with the knowledge that the flu season is coming and that vaccination is imperfect. It is difficult to quantify how many people die from the flu each year as the data is hard to collect and differs based on the strain of the virus and the year. For example, in different years the number of deaths has ranged from 3,000 deaths to a high of 49,000. Death is rare, while getting severely ill with complications is not. Most of the people who die are older and have other medical conditions; however, pregnant women with the flu are five times more likely to die than women who don’t contract the flu. These deaths typically occur in the second and third trimester. In addition, there are other risks to the unborn, miscarriage and other complications among them.

How do vaccines work during pregnancy?

Vaccines prompt the mother to make an immune response and produce antibodies. They are the body’s natural version of attack agents similar in some ways to antibiotics. After immunization the mother develops antibodies so that if she is confronted with the flu virus, in this scenario, she can mount an immediate and generally effective response. As of 17 weeks, the maternal antibodies (IGG type) can cross the placenta and enter the fetus. As gestation advances, the fetus ultimately has higher levels of maternal antibodies in his/her system so that at birth, if confronted with infection, it has the ability to fight back. As infants mature, so do their immune systems, allowing them to fight off infections themselves. Still, neonatal and infant vaccinations are necessary because maternal antibodies in the infant’s body wane over time. Breastfeeding does confer some additional protection. Infants can’t be vaccinated for the flu until 6 months of age, when they are mature enough to respond. Thus, maternal protection is very important.

In women who receive the flu vaccination, the risk of prematurity is reduced by 40 percent. The babies are on average 200 grams heavier, which is good. It also reduces the risk of an infant being admitted to the hospital during the first 6 months of life by 90 percent. (Clinical Infectious Diseases, 2010). The flu shot is generally developed a year before the next season. Its success rate in preventing disease is variable but generally very good. Despite the different vaccine efficacy in different years, we still see the benefits overall.

Yes, obviously we wouldn’t recommend the vaccine if we didn’t think it was safe. Studies have been performed to establish its benefits and evaluate any safety concerns. All have shown similar results. In one study by Fell et al., he evaluated 22,340 pregnant women given the flu vaccine and compared them to women who declined the vaccine. The infants of mothers who received the vaccine were less likely to be small for gestational age and to be born at <32 weeks gestation (very premature), and they showed lower fetal death rates by 33 percent. There was no increase in fetal anomalies (American Journal of Public Health, 2012). The largest compilation of studies to date concludes, “Hundreds of thousands of pregnant women have received influenza vaccine with no safety signals in these women or their infants.” Furthermore, no one is letting their guard down; the article states, “Intense passive and active surveillance by the CDC and FDA continue.” (Vaccine 2014).

What prevents moms from obtaining the flu shot?

Obviously safety concerns are an issue, whether real or not. No one wants to potentially endanger their family. As above, we know of no negative effects of flu vaccination. Some believe that immunizations are linked to autism. This is a very complicated topic as it is more emotional than scientific. There is no direct scientific evidence linking immunizations to autism. Autism is a very complex disease process with both a genetic and an environmental basis. Your obstetrician and pediatrician can speak to you directly about any safety concerns you have and hopefully allay your fears with data. Of note, some of the people who have suggested that there is such an association blame it on the preservative thimerosal in vaccines. Again, science doesn’t support this. However, to reassure women and improve acceptance rates for vaccination, we use only the preservative-free vaccines for pregnant women and children.

Other people hate needles. I am one of those people and am usually the last one to get my flu shot even though I know I need it. Once I do it, I feel silly for making such a big deal about it. It takes less than 10 seconds and it’s done. Women who are allergic to eggs should notify their provider.

Other people who refuse do so because they don’t believe they are at risk for the flu, or for another common infant infection called pertussis, or whooping cough. Some believe that the flu shot gave them the flu. Timing is everything. It is true, if you have been exposed to the flu and get a flu shot, it won’t help you. It’s too late. During the first several days following flu exposure we can feel fine and then get sick. We are all at risk. One never knows when they will come in contact with someone with the flu, and it doesn’t take much to get an infection.

There are some things all pregnant women should do to protect themselves from acquiring infections. The obvious, and almost impossible, thing is to avoid ill people when possible and always use good hand hygiene. It is impossible to separate ourselves from ill people as they are frequently family members or co-workers. Taking care of yourself, sleeping and eating well all help, but they are not enough.

Some people can’t afford the flu shot. Talk to your provider or local health clinic. In many cases you can receive the vaccine for free. You can be vaccinated at your provider's office, at work, at health clinics or at your local pharmacy. Protecting you from the flu protects all of us.

Finally, while we are on the subject of vaccines, whooping cough, or pertussis, can be deadly in infancy. Your OB provider should recommend that you receive the Tdap or whooping cough vaccine with each pregnancy. We want high levels of maternal antibodies in the baby at birth in case they are exposed. It is a common illness and it can be quite deadly for young babies and children. Your partner should be vaccinated as well. Your baby will have his/her first vaccination at 2 months of age. Without maternal protection, they are at risk and if they do get ill, it can be deadly.

There are great sources of information for you to further research this topic. Start with your OB provider.

You may always call and schedule a consult with your pediatrician or a perinatologist. If your questions are not answered to your satisfaction, two great websites to review are www.cdc.gov/vaccines and www.family-vaccines.org. Vaccination is not just about you and your personal choice. Vaccines are a way to protect your family and the ones you love from acquiring severe and life-threatening illnesses. In communities where vaccine use is low, there have been some very severe and life-threatening outcomes.

Save lives, get vaccinated.

Listen: Getting Your Flu Shot

Dr. John Cole, pediatrician at Sunnyview Pediatrics speaks with KGEZ AM radio about the importance of getting your flu shot and why it will be different during the COVID-19 pandemic.
Read more

Listen: The Importance of Vaccines

Dr. John Cole, pediatrician at Sunnyview Pediatrics, stopped by KGEZ AM radio to debunk myths surrounding vaccinations and to emphasis the importance of getting an annual flu shot.
Read more