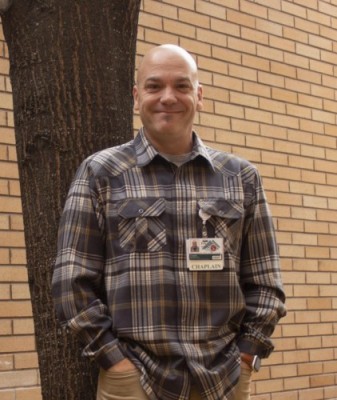 Each month, Kalispell Regional Healthcare (KRH) selects an employee that goes above and beyond to uphold the organization’s core values of integrity, compassion, service, and excellence. That employee is nominated and selected by peers as the Guardian of the Month. In October, Eric Robbins, spiritual care supervisor and chaplain, was chosen.

As the chaplain, Eric’s role is to address the spiritual aspect of patients’ lives during their time in the hospital. Eric is committed to helping patients and their families meet their religious or spiritual needs in any way he can, no matter what their belief systems are. He describes this role as the ‘chief wave calmer’ of the hospital. “I come in during the darkest moments of patients’ lives and try to provide life,” he says. “It can be stressful, but that’s the kind of situation I am good at handling.” Eric often serves as a pastor, speaker, and planner for funerals as well. He understands his role as a wave calmer extends beyond the walls of the hospital and gladly takes care of those who need help during such a troubling time.

Whether it’s in the emergency department comforting a patient’s family, in the ICU visiting with a patient, or in his office talking with staff, Eric is always willing to lend a hand where needed. “I just love people,” Eric continues. “I’d gladly give anyone the shirt off my back. When you have your radar up looking for ways to be a helper and a blessing to others, there is opportunity everywhere. At the end of our days, we’re not going to be glad we worked, we’re going to be glad we helped others.”

Eric has been with KRH since Christmas Eve 2018. He was chosen to fill in for a year for Darren Schwartz who went on a year-long military assignment. Darren will return at the end of the year and Eric is very honored to be able to hand the baton back to him. While this job was always supposed to be temporary, Eric never had a temporary mentality. “It would be easy to come in and not be invested since this was a short-term position,” he says. “But that’s not me. I’m always invested in the future. If you’re going to live life, then live loud and enjoy it. I’m always going to go all in.”

Throughout the year, that forward thinking mentality was on full display. Eric was a regular figure at organization events, such as the Montana Children’s community open house, where he served as the emcee for the event. He also helped coordinate projects such as the creation of the oncology healing garden. This past summer, Eric received national recognition after he was featured in a news story that went viral after he performed a wedding ceremony in a hospital room for a patient whose dying wish was to get married. But anyone around the organization will tell you that’s just Eric being Eric. His infectious personality has always brought out the best in others and continues to brighten up the organization every day. 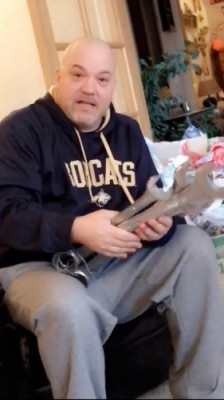 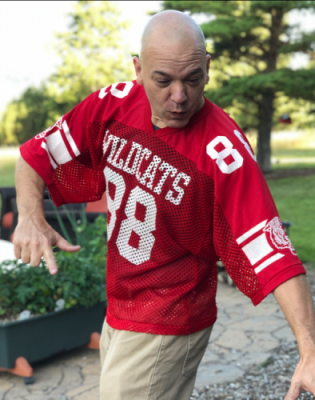 Now that his year-long position is coming to a close, Eric is interested in finding a full-time position with KRH. “I didn’t plan on falling in love with this place,” he laughs. “My heart was driven on giving a year to helping people — and helping Darren. My chaplain job was always supposed to be my Peace Corps year. I put my executive career on hold for a while and now I’m anxious to get back to the business side of things.” He holds an MBA in nonprofit executive leadership and hopes to find a role at KRH that allows him to continue that work.

Eric is married and has four children. He loves spending time with his family and their 200 pound Newfoundland, Kona. Outside of work he enjoys fly fishing, gardening, collecting vinyl records, and all things Farmall tractors. He’s especially proud of his recent health journey that began the same time he started at KRH. One week before he took over for Darren, he had a health scare that inspired him to change for the better. In 10 months, he has already lost 80 pounds! In the process, he’s become a certified health coach and hopes to inspire others to make healthy changes.

Dr. Doug Nelson, Chief Medical Officer of Kalispell Regional Healthcare, gives a weekly update on the COVID-19 situation in the Flathead County on KGEZ AM Radio.
Read more from this release

Preparing for the Trail

Hiking is a fun physical activity that can be enjoyed at almost any age. Here in Montana, prime hiking season is just beginning. And with the rise of COVID-19, it is also a great way to get out of the house and still maintain social distance. If …
Read more from this release