Every step of the way
Newsroom

Every step of the way 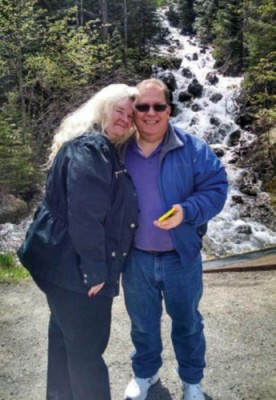 Beverly Day isn’t sure why she neglected getting mammograms over the years. She had a busy work schedule, for one, and a mammogram was an easy thing to put off. There were financial burdens, too, and the confusion of changing health care plans. As time stretched on – twenty years to be exact – Beverly found other reasons to procrastinate. She may have even had a nagging concern that “they’d find something.” So it was with a bit of trepidation that she went for an overdue screening in April 2017.

The process seemed to go routinely enough, and Beverly was soon on her way and ready to check “mammogram” off the list. But then she began to get the “call backs” for additional diagnostic tests. She was asked to return the first time for better, zoomed in-images of her breast tissue; she was then told they’d found something suspicious. She returned a third time for an ultrasound and a fourth for a biopsy where cells are removed and tested to determine if they are benign or cancerous. During those anxiety-filled days, Beverly clung to the hope that the lump might be fibroid or something nonthreatening. But, then she got the call from her primary care doctor in early May, the call she’d been dreading. Cancer was confirmed in her left breast. Beverly remembers hanging up the phone in shock and weeping as her husband held her. Then it was time to make the calls to family and friends.

As Beverly looks back on those moments six months ago, she wishes she’d known there would be a silver lining, that her journey forward would be one of the most tenderly guided and positive she would ever undertake. That journey began with a call to Dr. Melissa Hulvat at Kalispell Regional Healthcare’s (KRH’s) Bass Breast Center.

Dr. Hulvat met Beverly for an initial consult, walking her carefully through the radiographic images. She explained where the cancer was located, how they’d determined it was cancer, and how a lymph node test would be utilized to how much cancerous growth was present. Dr. Hulvat’s thoroughness and empathy were reassuring, and for Beverly, it reduced the unknown to an identifiable enemy. It was comforting just to understand.

The test indicated the tumor was Stage 1, a very early and treatable stage of cancer. For reference, the most serious stage level of cancer is Stage 4. This level usually indicates very aggressive treatment if survivorship is possible and a more risky prognosis overall. Due to its size and location in Beverly’s case, the tumor could be treated with radiation and a lumpectomy (removing just the tumor and a margin around it as opposed to the entire breast). In further good news, a 30-year study had recently shown outcomes for combination lumpectomy and radiation treatments were actually superior to those involving a full mastectomy. And...no chemo! There would be no loss of a breast, no loss of hair, no chemo-induced nausea. The news was decidedly optimistic.

In considering radiation therapy, Beverly learned that she had two options. The first, and more traditional approach encompassed three to six weeks of radiation, administered daily, five times a week. The other option was accelerated partial breast irradiation (APBI), a refined technology reintroduced at KRH which offered a much shorter term of treatment of just five days in total. Beverly learned that she was a candidate for APBI because the tumor fell within certain, specific parameters required for to receive this treatment.

Beverly found APBI a relief due to the shorter time needed, less side effects and quicker recovery versus other options like chemotherapy. She learned that powerful doses of radiation are delivered to a very targeted area of the breast via a balloon-catheter apparatus. Two surgeries are required, the first a lumpectomy. After the lumpectomy, the cavity is shaped to accommodate an uninflated balloon and catheter, but left empty. In the second surgery, approximately two weeks later, a small incision is made in the chest and the balloon and catheter are placed into the cavity. The balloon is then inflated and, together with the catheter, serves as a vessel for small, potent units of radiation (“seeds)” which are administered by computer. After each treatment – there are two a day – the seed is removed and no radiation remains in the body. The treatments continue over a five-day term, at the end of which the catheter and balloon are removed; the incision is closed and, with little more than a slim bandage to show for it, the patient returns to normal activities.

During the time Beverly considered her options, Dr. Hulvat introduced her to the rest of the cancer treatment team. Kim Grindrod would be Beverly’s nurse navigator and constant point of contact throughout treatment and follow up. Kim would provide not only education and emotional support, but link Beverly and her family to vital community services to help her navigate this unknown and scary situation. Kim would also coordinate Beverly’s treatment with two other team members, Dr. Jeffrey Eshleman of Northwest Montana Radiation Oncology and Dr. Elise Anderes of Northwest Oncology & Hematology. Dr. Eshleman would administer the radiation, while Dr. Anderes oversaw the estrogen-blocking treatment required. With the guidance and support of her team, and after visiting with friends and family, Beverly elected to go forward with APBI.

On May 31, 2017, one month after her diagnosis, Dr. Hulvat performed Beverly’s initial surgery. Two weeks later, Beverly returned for placement of the balloon and catheter and prepared for the five-day course of treatment.

To Beverly’s way of thinking, the results were phenomenal. At the end of June, Dr. Eshleman indicated that treatment had been highly effective and that things were “looking great;” in July, the balloon and catheter were removed. It had been a dizzying three-month gauntlet, but it ended, just like that. It was time to heal and get on with life.

Today, Beverly is elated to have her life back. She’s returned to work and is looking forward to a family reunion – a trip she knows wouldn’t have been possible without APBI. And though the road stretches ahead with follow ups and further tests, Beverly is grateful for all that’s come her way: the love and support of her family and friends and the faith that helped steady her. She is also profuse in her thanks to Dr. Hulvat, and the Kalispell Regional team. “No one ever wants to learn they have cancer,” she says. “But having a team like that? It was just like being hugged and held. There was so much comfort in having a battle plan, in being lovingly and supportively cared for. Dr. Hulvat was kind, empathetic – completely amazing – as were Dr. Eshleman and Dr. Anderes.”

Beverly has additional praise for Kim Grindrod, her nurse navigator. “Kim is one of the most genuine and loving people I know,” she says. “No matter what I needed or what I was going through, Kim was there for me.”

Rather than feeling like just another name on a long list, Beverly came away from her treatment feeling like a family member. “My KRH team was with me every step of the way,” she emphasizes. “They carried me.”

Reprinted with permission from 406 Woman magazine

February 4 is World Cancer Day and so this morning Justin Linam, MD, radiation oncologist at Northwest Montana Radiation Oncology talked with KGEZ AM radio about radiation therapy, its evolution as a cancer treatment, and the collaboration amongst …
Read more