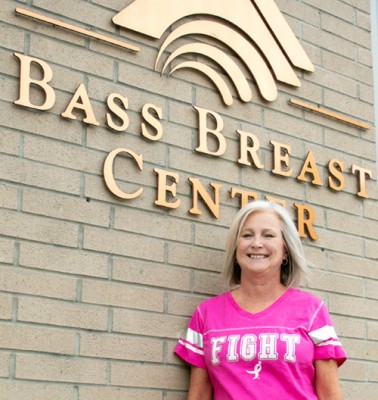 “But you don’t look sick,” replied my sister-in-law when I told her and my other close family members that I had breast cancer.

Leanne Roberts had arrived in the British Virgin Islands. It was a family getaway where she looked forward to seeing her husband’s brothers and their wives. Everyone was looking forward to this year’s gathering, but Leanne was not looking forward to sharing her heavy news. One day prior, Leanne didn’t have breast cancer. Now she did. Well, of course the lump was there before, but now she knows it’s there. Now she has to think about it.

It was 2014 and Leanne recalls how it all unfolded. She had been diligent about getting her annual mammograms since she turned forty. A mammogram certainly wasn’t something she looked forward to doing each year, but she knew it was important. And it always came back just fine. She had no reason to expect different news.

“I remember — it was the first year that Kalispell Regional Medical Center offered 3D mammography,” recalls Leanne. “My primary care provider at Big Sky Family Medicine encouraged me to utilize this technology.”

Leanne completed her annual exam with the new 3D imaging, but the radiologist noted something out of the ordinary that merited a biopsy. Again, Leanne didn’t think too hard on the topic; she was busy preparing for her upcoming travels the following week. Leanne applauds her primary care provider, Jessica Glover, FNP-C, for the speedy footwork to get the biopsy test results in her hands before Leanne’s departure from Montana for the Caribbean. Jessica asked her if she wanted to know the results of her biopsy before she left for vacation. For some, this would be a tough choice, but there was no hesitation on Leanne’s part: she definitely wanted to know.

“What’s the point in getting annual mammograms to stay healthy if I’m going to delay the news?” Leanne queries. “The point is to know. To get checked each year. All of this so I have the information and time to do something about it. Hiding from it only gives it a chance to grow.”

The pathologists examined the biopsy and confirmed that Leanne had tested positive for breast cancer. At the current moment it was just the size of a lemon seed. The tumor was determined to be slow-growing, but an aggressive type of cancer. It needed to be removed with surgery soon. There was no time to waste so Leanne and Jessica devised a care plan to be sorted out while Leanne was gone. Jessica would get all the necessary “next steps” in order while Leanne was on vacation.

“Jessica and her team of colleagues were nothing short of amazing,” explains Leanne. “While I relaxed in the sun, having a good time, I didn’t know how much was being done on my behalf until I returned.” Behind the scenes, surgery plans with Melissa Hulvat, MD, breast surgeon at Bass Breast Center were being put into place for Leanne’s return stateside.

A funny thing about sitting on the beach to relax: it allows time to think and reflect. Leanne reflected on the moment when she told her sister in law about the cancer diagnosis. She was a bit perplexed by their reply — about how she didn’t look sick. Leanne confirmed that she could not yet feel the small lump, but the imaging did, in fact, see it. In return, Leanne inquired if the three women on the trip stayed current with their annual screenings. Their responses were the same: no.

“I have asked this question to many women since my diagnosis and I am stunned that so many women make the choice to avoid this potentially life-saving test due to 20 minutes of discomfort or inconvenience. I just assumed that everyone was doing their annual exams – like doctors encourage women over 40 to do,” shares Leanne. “To me, the choice of getting a mammogram or going through chemotherapy, surgery and/or radiation after advanced cancer is found is an obvious one. That’s why I schedule my exam every year. I can handle a mammogram.” 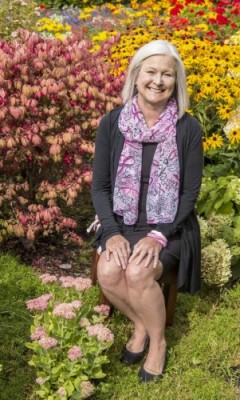 After farewells and parting hugs with her family, Leanne left the sun-kissed sand and warm air to journey back to Montana. She was ready to face surgery to remove the cancerous lump, followed by radiation treatment just to be sure there were no other sneaky cancer cells hanging out still. According to Dr. Hulvat, without 3D technology on Leanne’s side, it was probable that this tumor would have continued to grow for another two years before being seen on a traditional mammogram.

“I was only out of work for three days due to surgery. I have felt more down and out with a tough cold than with breast cancer surgery,” Leanne says with a hint of disbelief still. “And luckily, the 3D technology identified the cancer so early that it never got into my lymph nodes. I am very fortunate. I had easy choices.”

“Annual mammograms and 3D technology saved my life. I’m sure of it,” she adds confidently.

This isn’t a cancer story. It’s a survivorship story. Fortunately, Leanne’s experience ends on a good note. The only thing that made it even better was that Leanne’s sisters-in-law returned home after vacation and scheduled a mammogram — even though they didn’t feel or look sick.

Most health insurance plans include annual preventive screenings in standard coverage, including yearly mammograms for women over the age of 40. That’s great news and a great reason to put your routine screening on the calendar every 365 days. If you don’t have insurance or need support to get an annual screening, Montana Save a SisterTM may be able to help. For more information about Save a SisterTM and available financial assistance, call (877) 399-0384. Learn more about KRH breast health services online at krh.org/breasthealth.

Kalispell Regional Healthcare offers two facilities and two locations for scheduling your mammogram. First, contact your primary care or women’s health care provider and ask them for an imaging order. Then call the imaging location of your choice to schedule your mammogram.

In preparation for the Montana State FIRST Tech Challenge Championship, RoboScout Squad (aka Girl Scout Troop 3709) visited the Kalispell Regional Medical Center (KRMC) OR to get a firsthand view at …
Read more

Tagen Vine, president of the KRH Foundation, speaks with KOFI radio about the upcoming A.L.E.R.T. Banquet, which will take place virtually on Wednesday, April 21.
Read more

Eddie Ridge, hospital development program manager at LifeCenter Northwest, a partner of KRH, speaks with KGEZ AM radio about the importance of organ donation and the process one can go through to …
Read more